On the 12th May 1937 Prince Albert Frederick Arthur George, Duke of York, was crowned at Westminster Abbey, taking the name of King George VI. It was a day of great joy for the country, and the Empire:  the constitutional crisis caused by the abdication of George's elder brother Edward, in order to marry American divorcee Wallis Simpson, was definitely over.

Stillington celebrated in splendid style, with a gala that included a May Queen, surrounded by her attendants, setting out from Stillington Hall; a purpose built coach; a magnificent parade through the village, with a king and queen,  and even a model ship gracing Town End Pond. Fortunately many photographs, and even cine film, of this unique event have survived. 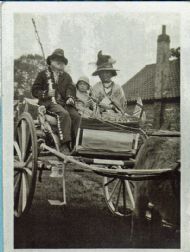 Smith Sisters
Marjory, Mildred and Dorothy Smith being driven in a carriage. 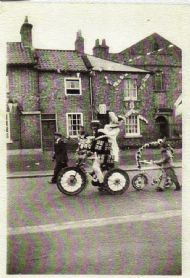 The Gala Parade.
Just passing the Old Chapel in Main Street. It is just visible in the top right of the picture.

The Gala Parade.
A road roller trundling up High Street. 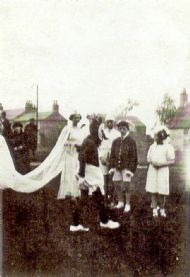 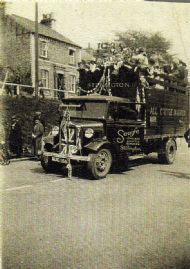 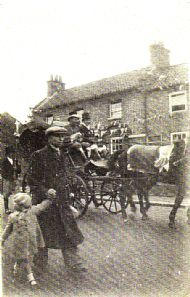 Gala Parade
The little girl in the foreground is Margaret Brown nee North with her father Albert. On the carriage is William Howland and Charlie Thompson. 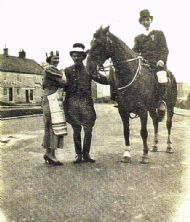 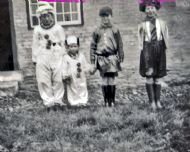